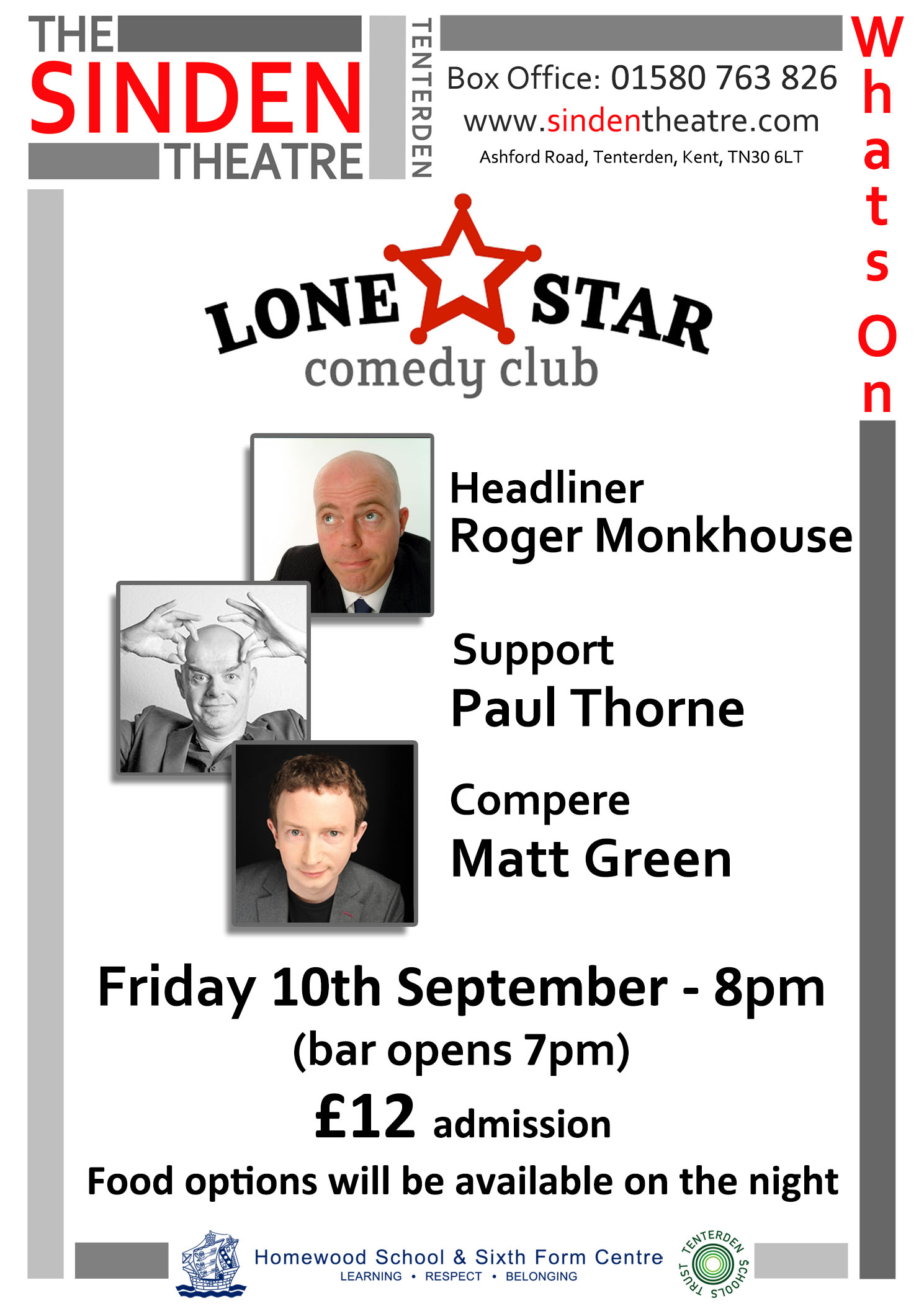 Roger Monkhouse - HeadlinerRoger Monkhouse is one of the most original and distinctive acts on the comedy scene. A consummate stand-up who employs a deadly combination of charm and menace to exert a masterful control over any audience. A highly original and quirky performer, Roger’s trademark stage-prowling style and curious, inimitable manner have established him as one of the hottest names on the comedy circuit. Distinguished as a comic by his eloquence and keen eye for a fine phrase, Roger’s easy observational style is spiked by the signal flares of an accomplished gag writer. A supremely confident compere and seasoned corporate host, Roger is happy to improvise freely with a crowd and is at great ease bantering with an audience, but has no shortage of first class observational material in his armoury.“unfailingly entertaining and skilfully able to pull punchlines, seemingly, out of thin air”-ChortlePaul Thorne - HeadlinerPaul Thorne is a topical comedian, whose finely crafted material and quirky songs have made him one of the UK’s most sought-after stand-up talents. A well respected headliner and skilful compere, Paul is also a regular member of The Comedy Store’s Cutting Edge team; performing material based on the week’s news in this prestigious long-running topical show.A wonderfully assured performer, Paul’s provocative topical gags; spontaneous wit, and surreal comedy songs have earned him a reputation as a quality live performer. A truly world class act, Paul has performed in Dubai, Hong Kong, Thailand, Singapore, China, Japan and Australia and many places in between. In recent years, he has also enjoyed two critically acclaimed tours of Canadian Fringe Festivals with his solo show.‘A must see comedian’- GuardianMatt Green - CompereMatt has been performing stand up comedy since 2003, and has appeared at venues all over the UK and across the world. His act is a mixture of high energy observational and topical jokes combined with more personal stories and anecdotes. He has performed five successful solo shows at the Pleasance in Edinburgh. In 2011 his show was nominated for Best New Show at the Leicester Comedy Festival. In 2012 he was Fringe Review’s Stand Up Pick of the Brighton Fringe.“Seeing Matt Green was an unexpected dream tonight.” -Edinburgh Festivals Magazine“Fast, fluent and very funny stand up” -Venue