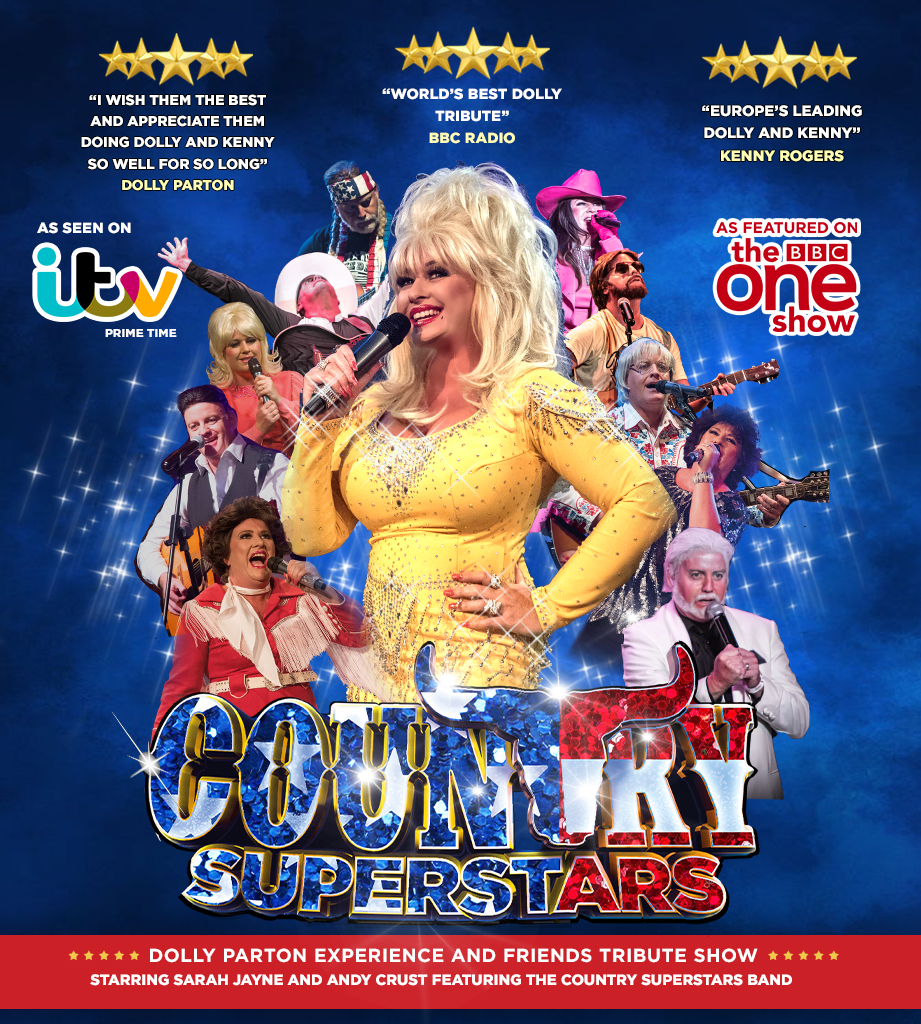 The World’s biggest Country Music Tribute Touring Show is coming! “As Seen in London’s West End and featured on TV around the World”Endorsed by Dolly Parton on the BBC One Show “I wish them the best and I appreciate them doing  Dolly and Kenny so well for so long”, described by Kenny Rogers as “Europe’s leading Dolly and Kenny” – this truly unique show is hosted by the star of “The Dolly Parton Experience”. . .Most recently seen on ITV’s Game of Talents.Tv and West End Dolly star Sarah Jayne has been performing as Dolly Parton for more than 27 years and is Europe’s leading tribute to the Queen of Country. Joined by award-winning vocal impersonator Andy Crust, prepare to be taken on a journey back through time to meet the most influential icons to have shaped country music history.The show features Patsy Cline, Johnny Cash, Billie Jo Spears, Kenny Rogers, Willie Nelson, Tammy Wynette, Garth Brooks, John Denver, Glen Campbell and now Canadian country superstar Shania Twain and includes The Country Superstars Band.