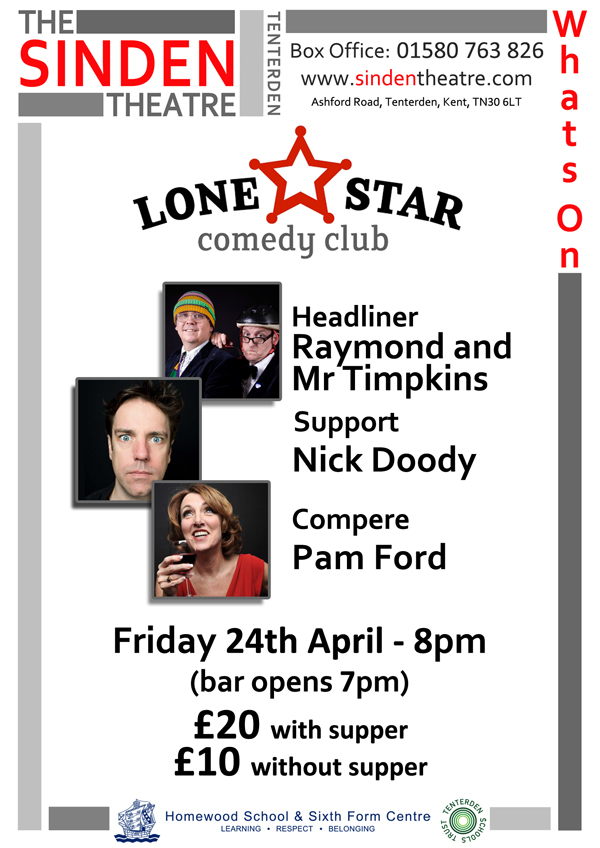 Drawn together by the irresistible force of showbiz in the mid nineteen eighties, Raymond and Mr Timpkins first chose to show off aboard the Portsmouth based pop band,‘Uncle Barneys Atomic Wobblers’, until the natural forces of attrition bore down and the band distilled to the current ruggedly handsome duo.
Cutting their teeth compering and performing in Comedy and Variety nights at The Wedgewood Rooms in Southsea, the nineties wafted gently past until, eventually and not before time, London called. With the fledgling post-fix, “Revue”, added,they blasted the clubs with their Guitar and Stylophone stylings, wowing rooms with super slick prop manipulation, dazzling jaded eyes with sandal based choreography that remains inimitable.
Now, they tour the country, regularly headlining at Jongleurs clubs, even venturing far afield to The Falklands providing spiritual uplift to the brave boys and girls of the armed forces.

“A mad, anarchic triumph of stupidity over style. Not to be missed” -The Guardian

Nick Doody is one of brightest talents on the comedy circuit. Sharp, topical and not afraid to say what he thinks, his brand of political comedy and satire has won fans all over the country.

The former Pub landlady turned comedian, soon out grew her small Kent village pub to perform her unique comedy set in comedy clubs and Theatre’s all over the UK and Europe. A regular at the Edinburgh fringe festival. with her one woman shows typically telling her honest and hilarious accounts of events in her life.

The supper choice for this performance will be announced soon.